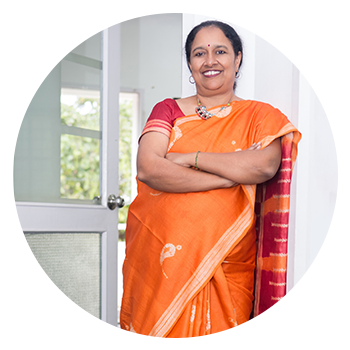 The best way to describe Ms. Lakshmi Pratury is by calling her as a one women army. Holding several roles under her hat such as a business leader, entrepreneur, curator, speaker, and venture capitalist, she truly defines what an impactful woman she is. Her role in community building and her interest in technology innovations led her to create INK as a platform to learn and grow with a diversified corporate crowd. She is an MBA holder, attended IIT Mumbai and is a gold medalist in UG Program in Mathematics, Ms. Lakshmi academics have soared higher. She has worked in prestigious companies such as a leading technology company in the USA (Intel), a non-profit organization (American India Foundation) and as a venture capitalist (Global Catalyst Partners). Ms. Lakshmi has bagged several awards few being, ‘Inspiration Icon’ (2015) and ‘ Women to watch in Asia’ by Forbes. She has charmed her audiences in various significant platforms such as TED, DLD, Wired, C2MTL and has hosted the INK events in Asia 8 times. Her power of storytelling helped her to convert Intel in a leading computing industry. Her work is also published in leading article channels such as the Mint, San Jose Mercury and San Fransico Chronicle.